No products in the cart.

How to Create a Viral Instagram Reel: 7 Tips For Landscape Photographers 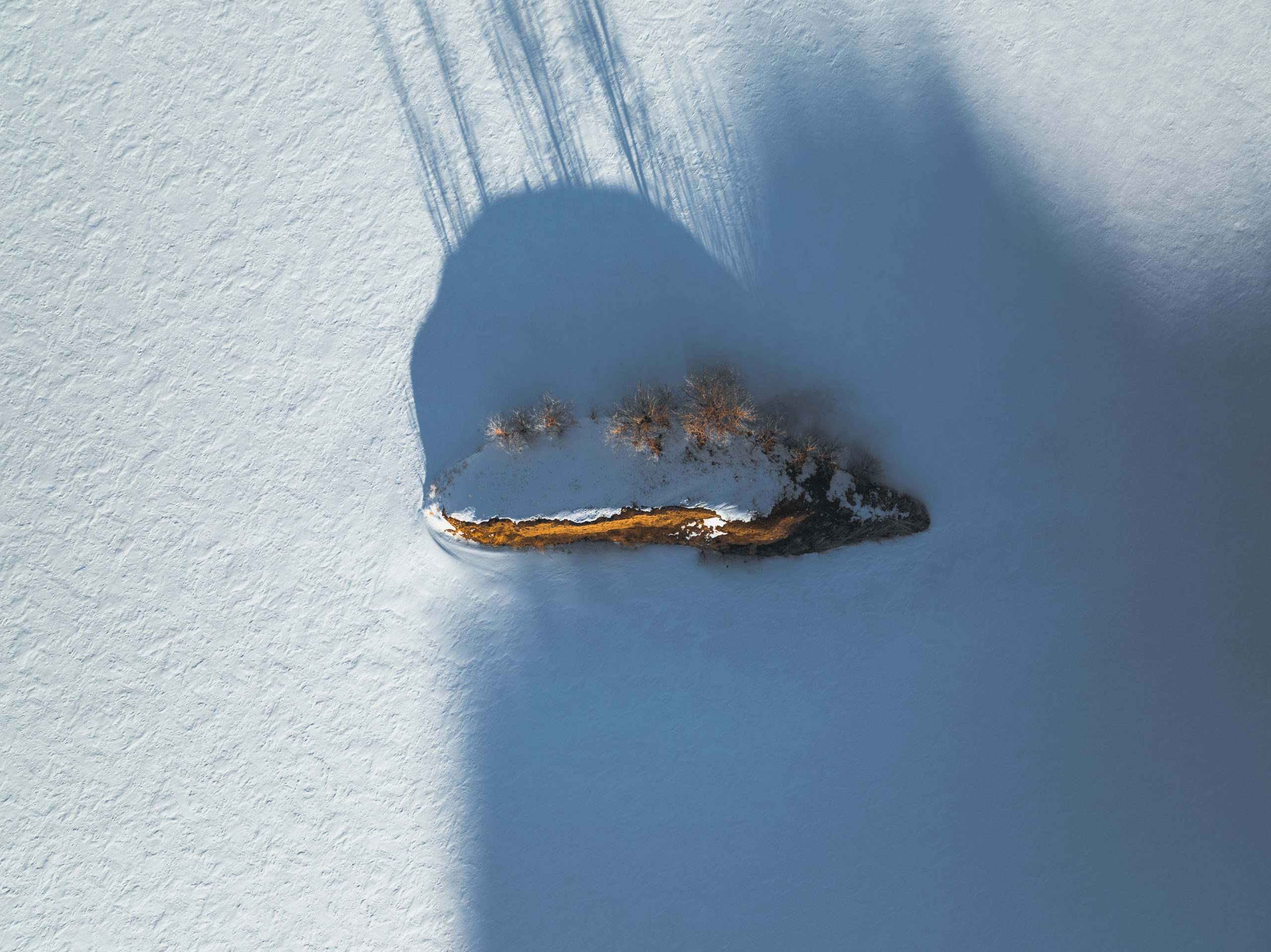 As a landscape photographer who has struggled for many years to get noticed on Instagram, the single best tool that's helped me almost double my following in 3 months is the Reel. Are you in a similar position and have wondered how to create a viral Instagram Reel as a landscape photographer? Well, you've come to the right place; here are some tips that I've learned over the last few months for creating great Reels that people (and the Instagram algorithm) can't seem to ignore.

Why Should I Care About Reels? I'm a Photographer

Admittedly, when Reels first came out on Instagram I thought they were simply a way for Instagram to compete with TikTok and regain some of the social media market shares. Although that may be true, it took me until a few months ago to realize just how powerful Reels have become and how Instagram now favors Reels over photos (most likely because Reels boost user engagement substantially, which makes Instagram a happy company).

Don't believe me? Well, let me show you some stats from my personal landscape photography Instagram page. Before making Reels a primary post type, these were my typical monthly insights:

As far as stats go, those aren’t bad at all! BUT, they aren’t the kind of numbers that will encourage brands to actually want to pay me for my photography and marketing services. So, after weighing my options and studying accounts that have BLOWN UP in a short amount of time, the one thing they all had in common was one or more Reel(s) with over 1,000,000 views.

I am a photographer by nature, so videography had never been something I considered until I wanted to make Reels, which in a weird way is one positive thing for me that has come out of Instagram trying to copy other social media platforms. I will get into more detail later about my trial and error with Reels, but for now, let’s take a look at my Instagram insights from the past 30 days while incorporating Reels into my regular posts:

Hopefully, at this point, you believe me when I say that Reels get shown way more often than photos on Instagram. I would also like to point out that I posted 5 Reels during the month of June 2022, one of which went “viral” for my standards:

Your Reels Aren't Going to be Great Right Away

And that’s okay! The most important thing to remember about Instagram, and anything for that matter, is that it is very unlikely that your first attempt will catapult you to the top (unless you’re Post Malone, but even he had dozens of unreleased songs that bombed before White Iverson).

The trick to creating great content is consistency; not just in terms of style but make sure you are consistently trying to improve your skills by stepping outside of your comfort zone. So, enough with all the stats, here are my 7 tips for creating viral Reels:

1. Don't Use Videos With Watermarks

So why is it bad to re-upload TikTok videos to Instagram as Reels? Well, Instagram has a really smart algorithm that can immediately spot logos of its competitors, and Reels with competitor logos are shown less often in other people’s feeds.

So, make sure you aren’t recycling your videos from other apps because it will severely impact your Reel reach and engagement (unless, of course, you don’t care about reach, but then I would ask you why you are still reading this post).

2. Know What Export Settings to Use

While there isn’t a “correct” way to export your Reels, I always export my Reels in 1080p at 30fps. Although it’s tempting, avoid exporting in 4k because Instagram will immediately downgrade your video quality and they don’t always do so gracefully. Avoid exporting anything at more or less than 30fps because Instagram will automatically convert anything not 30fps to 30fps.

Even if your phone does not support 1080p playback, it is important to upload the maximum quality supported by Instagram because the app can downgrade video quality depending on the device but it cannot upgrade it. As far as Mbps, I typically export at 10mbps, which makes for high-quality video at a smaller file size.

*September 2022 Edit: It's become apparent as of late that Instagram only cares about thirst traps and mediocre content, so this step might actually hinder your chances of going viral.

Aside from sharing “technically” high-quality Reels (proper export settings, good coloring, proper exposure), the actual subject matter is one of the most important aspects of creating a viral Reel. This is where your creative and strategic brain will need to put in some effort.

I often study viral reels to see what sort of subject matter they feature. In my case, I am a landscape photographer, so the most popular types of Reels in my niche are the “color grading,” “exotic locations,” and “before-and-after-type" Reels. But I can’t stress enough that just because someone else has a viral reel does not mean you will have one just by copying them. People like originality, so get your innovation hats on.

Another thing to note is that “high-quality” is a subjective term, so what I might consider high-quality might be absolute garbage in your eyes. Try to stay true to yourself and build your own audience based on your own creative style.

4. Use an Unusual Point of View

Everyone has a cell phone, and everyone has the ability to film with that cell phone, which makes for a whole lot of boring points of view on the internet, mainly because anyone and everyone can see the same things from that same point of view. So try something different. Instead of filming from your typical straight-ahead face-height point of view, switch it up. Capture a shot that you wouldn’t normally see from your own two eyes.

Additionally, not everyone has a drone. And not everyone with a drone knows how to compose a visually appealing shot. Personally, I have benefited immensely from purchasing a drone (see my gear list here), because I was instantly able to change my perspective and share that unusual perspective with others. My top performing Reels were all filmed with my drone, which I attribute to the fact that people can’t fly and don’t often see things from the point of view that a drone can access.

In summary, another video of you swooping from left to right at Tunnel View in Yosemite might excite your friends and family, but it surely will not stand out from the thousands of other Reels just like it.

When Instagram has a trending song or sound, the algorithm will favor Reels featuring those songs or sounds because it knows that people are engaging more with content incorporating them. So when you are uploading your Reel, be on the lookout for trending music because every little bit helps.

But if you find yourself despising all of the trending music, use something you actually like; something that works perfectly with your Reel. Because at the end of the day, if you have an amazing Reel with a song or sound that doesn’t make sense, you will only be hurting your chances of going viral.

While you might be thinking “I’ll make a bunch of fake accounts just to save and share all my posts,” I would steer clear of spammy methods like this. Instagram is smart and can very easily detect when an interaction is genuine or not, so do your best not to come across as a spammy account. After all, there’s no shame in asking your followers to like, share, save, and comment on your posts.

7. Study What Works For You

Although a bit vague, I think the biggest key to success on Instagram is studying what posts and Reels receive the highest reach and engagement. If you share a Reel that underperforms, maybe try deleting it and reuploading it at a more opportune time of day based on your follower insights (I get the best engagement when posting after 3 pm on weekdays). Or, maybe that Reel just isn’t viral material, and you should try another approach.

I would also like to stress that there is no guarantee your Reel will blow up just by following these steps. Everyone has a different following and a different style. Be true to yourself, see what works for you and what doesn’t, and understand that it’s the little things that make the biggest difference in the long run.

I’m not saying that buying a drone will make your Reels go viral. I’m also not saying that using a trending song will get you to 1,000,000 followers overnight. Instead, I am merely sharing with you the many moving parts and tactics I have been using over the last couple of months, which have resulted in a serious increase in user reach and engagement.

When I first started making Reels, they were TERRIBLE. I had no idea what settings to use, my subject matter was mediocre to put it nicely, and my color grading was so bad that I try not to think about it when going to sleep at night.

You are probably not going to be a master of Reels overnight, but just by reading this post, it is clear that you want to get better at making Reels, for which I commend you. My final thoughts: stay true to yourself, try new things, don’t follow trends just to follow them, and most importantly, make sure the content you create is content that fulfills the artistic spirit within you.